As an industry leader in high performance road and triathlon bicycles, Cervélo takes an engineering-driven approach to bicycle performance: define and measure, build, then test and refine. This may be one reason why Cervélo consistently comes out at the top of comparison tests and wins awards from the most respected industry publications.

Aero drag accounts for as much as 90 per cent of the overall resistance affecting a rider. Other factors, such as drivetrain friction and rolling resistance, are relatively inconsequential. That’s why aerodynamics are crucial to engineering a very fast bicycle.

Elite performance is often attributed to aero and weight factors, but it also depends on ride quality. This is the “feel” of the bike, which is closely tied to stiffness. The longer you’re in the saddle, the more it matters — just ask Ironman triathletes or Grand Tour racers — and exceptional ride quality also means you don’t need as long to recover. Elite cyclists tend to refer to ride quality in terms of comfort and speed-to-effort ratios.

Stiffness yields confidence and control with responsive handling and an efficient transfer of power. That immediate feeling of connection comes largely from the stiffness of the bottom bracket area, but Cervélo also focuses on fork and head-tube stiffness.

Cervélo values standard components and intuitive adjustments, all of which make our bikes simple to own and easy to enjoy. You’ll appreciate this when you get your Cervélo tuned up for the first ride of the season, or pack it up for your next triathlon.

A carbon bike frame layup is made by placing hundreds of individually cut plies of carbon in a mould in a certain order and orientation. The more precisely these plies are cut, the lighter the frame, as less material is used to achieve the desired strength and reliability. Various factors affect fibre selection for any given location on a frame. Stiff fibres may be required to resist bending (flex), strong fibres may be employed to resist failure (breaking), and the chosen fibres impact the overall production cost. 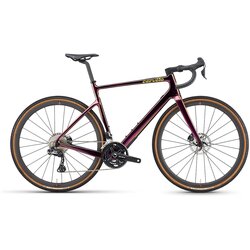 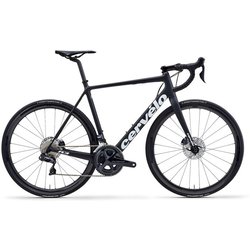